Artificial Intelligence will change our everyday life, our workplace and our whole life. So you hear it again and again. The Federal Government is also convinced of this and wants to make Germany the leading AI location. But that could be difficult – and expensive. Because the salaries of AI experts leave us amazed. 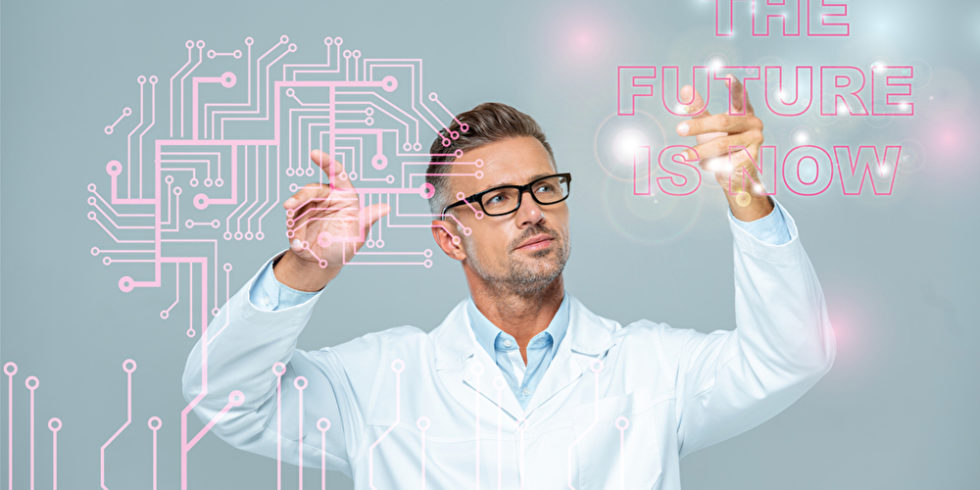 In the United States, AI experts have horrendous annual salaries with just a few years of professional experience. In Germany, incomes are slightly lower, but none of them have to go through here.

According to research by the New York Times there are only 10,000 artificial intelligence experts worldwide. That drives up their salaries. With just a few years of professional experience, the industry is said to have annual salaries of between $ 300,000 to $ 500,000. For example, Ilya Sutskever, one of the leading minds in the AI ​​scene, collected more than $ 1.9 million in 2016 alone – and that at a non-profit organization. This emerged from the tax return of his employer OpenAI. OpenAI is a San Francisco-based NGO that conducts research into artificial intelligence. Also colleague Ian Goodfellow, a specialist in deep learning and now at Google Brain, was awarded a princely reward by OpenAI in 2016 with $ 808,000. Robotics specialist Pieter Abbeel, now a professor at the University of California at Berkeley, raised $ 425,000.

That’s how much AI experts earn in the United States

Such salaries are exceptional, however, here are some factors. The average salary for an AI position in the US is around $ 111,000 a year, according to evaluations by the employer rating platform Glassdoor. That is the equivalent of around 97,800 euros (as of March 2019). The main reason for this high average salary is that the artificial intelligence job market is highly concentrated in the United States. Jobs are almost only in the metropolitan regions. According to Glassdoor, 67% of AI jobs are located in New York City, Los Angeles, the San Francisco Bay Area and Seattle.

The Paysa salary platform calculates an average salary of $ 171,700 annually for an AI developer in the United States. The average base salary would, however, “only” be $ 114,900. In addition, there would be company shares, start-up and other bonuses.

For an AI job, you usually have to provide an academic certificate. A lateral entry is possible. According to Paysa, 81% of AI developers have at least a bachelor’s degree, while 19% do not.

That’s How much AI experts earn in Germany

And here? Everyone is talking about artificial intelligence in Germany too. The salary platform gehalt.de named the “Developer for Artificial Intelligence” one of the “Trend Professions 2019” at the beginning of the year. According to this, AI developers earn an average of 69,300 euros a year. However, they are not even the undisputed leaders in the trend professions. So cryptologists even get over 74,000 euros. Cryptologists encrypt sensitive information and contribute to IT security in the company.

Incidentally, the salary figures are not representative. The salary experts at gehalt.de used only 31 data sets to determine the AI ​​salaries, as they announced when asked by ingenieur.de. The profession is still very new and therefore a special case. New data would only be added gradually. According to estimates by the business network Xing, the standard salaries for software developers in the area of ​​machine learning tend to be lower – between 58,000 and 62,000 euros per year.

You can also approach salaries using specific information in job advertisements. Some companies have started specifying the expected salary or a salary range. ingenieur.de gives you some examples of AI salaries from current job advertisements (as of March 2019). These show that six-figure salaries are rare for AI experts in Germany – but not impossible:

Data scientists and robotics engineers also deal with artificial intelligence. Non-technicians are also increasingly coming into contact with her: consultants, product managers , recruiters and technical editors. There are even jobs for creative writers that give bot a personality.

The classic AI profession is the developer. It is no longer only used in large corporations or research institutions. Small and medium-sized companies also register requirements. AI developers develop, for example, chatbots for company websites, tools for online marketing or schedulers that automatically arrange a meeting via email. The top ten skills for an AI expert are:

If you want to know what a machine learning developer does , read the interview with Damian Borth, director of the Deep Learning Competence Center at the German Research Institute for Artificial Intelligence (DFKI).